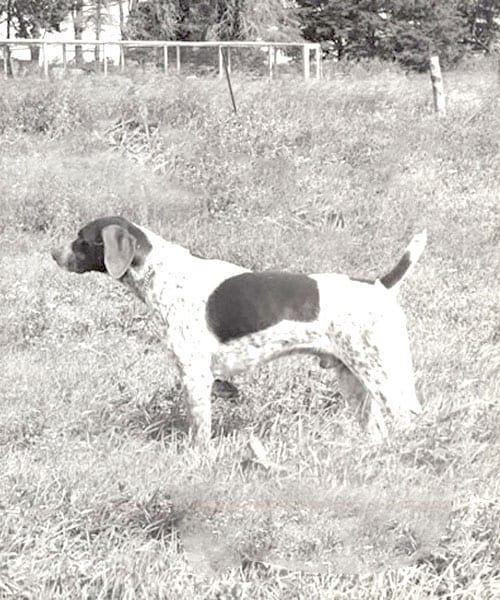 Bossman was the product of the mating of FC Tip Top Timmy to NSDC (3x) Heidi Vom Uferwald, her by top producer FC Windy Hill Prince James. Donald Thomack masterminded this mating & whelped the litter at his Sun Prairie, Wisconsin facility. I was working as an apprentice with Don at the time and wanted to purchase one of the 3 females. However, as fate would have it, the females were spoken for and I ended up with the lone male. As the raising progressed it soon became obvious, Boss had a certain presence about him – a self-confidence and drive not inherited by many. The rest is history and in retrospect I can only lament that I was so young and inexperienced that many of Boss’s talents were never publically displayed to their fullest.