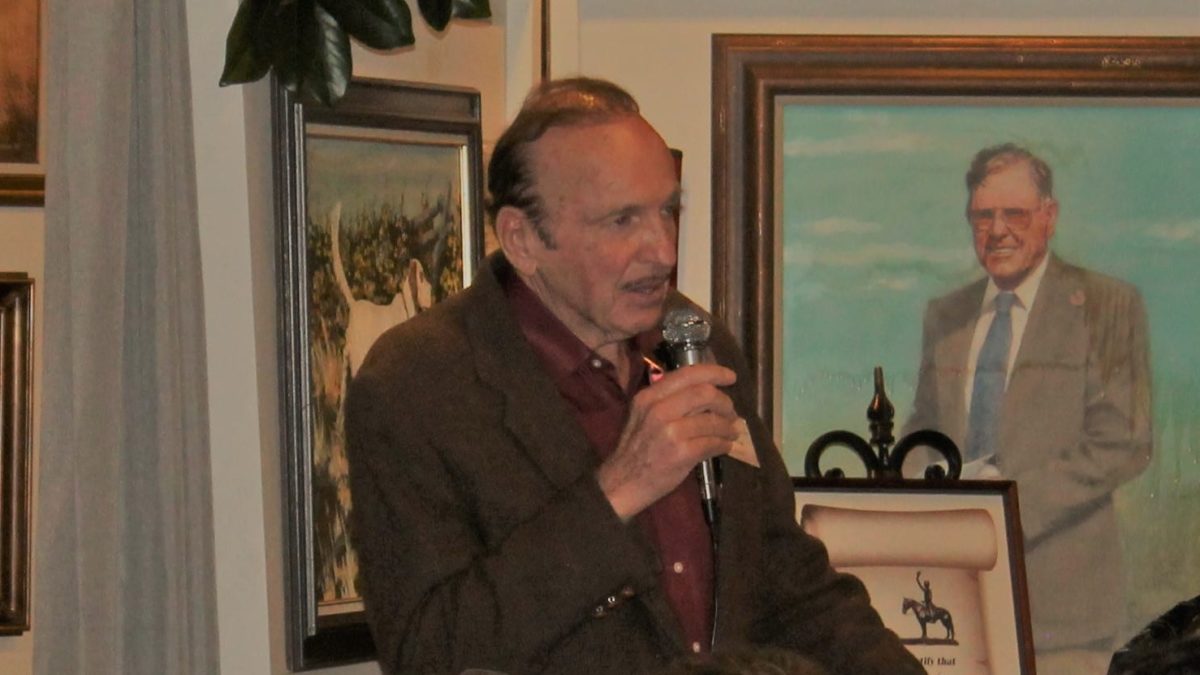 Peter’s interest in hunting began at the age of nine and progressed to the point where he and a friend bought two English Setters and started to hunt pheasants in Wisconsin and Illinois.  He was invited to attend a training field trial at the Richmond Hunt Club where he met Elmer Timms a professional trainer working for Windy Hill Game Farms.  Through his friendship with Elmer, Pete was offered a job working at the game farm’s kennels and stables which included a room to live in.  Pete learned much of his knowledge about training from Elmer during the time he spent working for him.

Pete was invited to go to the Canadian Prairies with Stan Aeck and Jack Harper.  This was another great opportunity for Pete to learn the importance of the development of bird dogs on wild birds and how you could get the maximum out of each dog.  Soon he and Elmer were attending field trails with Pete being asked to run a couple dogs in an Amateur stake but being paid to work dogs with Elmer, Pete declined.  After leaving  Windy Hills, Pete was asked to work for Ray Bauspies at his Midwest Molding and Manufacturing.   He said he would get me started as a trainer if I worked his dogs for him which started a new chapter in his life.

Pete was given three pups from a litter out of FC Sandra v. Hohen Tann and FC Baron v. Heidlebrink.  They showed great promise early and two of the three were entered in the first GSPCA Futurity held at a new trial grounds near Eagle, Wisconsin.  Pete’s charges placed 1st and 4th which launched his career as a professional bird dog trainer.    That fall Pete entered several of Ray’s young dogs in the NGSPA Futurity (45 min) at Killdeer Plains in Ohio.  This time his dogs went 1st and 2nd with outstanding performances. No breeder had ever won both Futurities in the same year and Ray was ten feet tall.  Now Pete had to prove he could compete at the top level by winning a National Championship.

The pros called him Mr. Lucky but at 23 his string included dogs from all over the US.  He picked up some great dogs finishing over 25 Field Champions.  His overall record of major wins includes:

During Pete’s tenure as a professional dog trainer he had many individuals that worked for or were influenced by their association with him.  Five of those individuals followed in Pete’s footsteps and became professional dog trainers.  They were Gary Christianson who trained and ran the Elhew pointers for Robert Wehle.  Tommy Schwertfeger who trained both Pointers and German Shorthaired Pointers, Claude Butler, Lee Sienkowski Sr, and Luther Shockly who were mainly Shorthair trainers..

Soon after 1978 Pete headed to California to fulfill a dream of studying Constitutional Law at Irvine University.  But people soon discovered Pete was in California and were after him to “work” a few dogs.  He also was in demand to judge local trials which he did gladly.  What he learned was that the few local clubs were struggling, some on the brink of folding so he started a trust fund to help local and regional clubs.   They could borrow up to $1000 without interest but had to pay it back in two years to keep the fund solvent and available to other clubs.  During his years on the NGSPA Board he also proposed this type of fund which he started with a $5000 donation.  This was matched by other Board members and the fund grew to $10,000 which has been used by NGSPA affiliated clubs and remains in existence today.

Back in the Midwest and attending trials volunteering to help at local events he soon showed up at the NGSPA Nationals and was elected to the Board in 1985.  In 1987 the NGSPA Board, seeing the demise of the Killdeer Plains Wildlife Area in Ohio realized it was time to look for new grounds on which to run their Nationals.  In 1987 Pete along with a group of interested field trailers met in Booneville, Arkansas to look at potential new grounds.  Pete returned during the Brittany Nationals to see for himself and soon he was convinced and threw his support behind the move.  Noticing there was 40 acres available for purchase across the street from the new grounds Pete with the help of Frank Alexander purchased the land for use by the trial clubs.  Until this day Pete spends several weeks each year attending various Nationals helping out where he can, keeping the best interests of field trials in his mind.

Pete is also a founding member and is still an active member of the Blue Mountain Conservation Association which was formed to support and help make improvements to the field trial grounds.  Countless thousands of dollars have been raised and spent to upgrade the grounds and facilities and make this area one of the best venues in the Nation.  Through Pete’s leadership the Association continues to this day to do what’s best for field trialing in the state.  Pete was elected President of the NGSPA in 1989 and served in this position until replaced by John Rabidou in 1993.  During his tenure as President of the NGSPA one of his projects was to get the Shorthair recognized at the Bird Dog Museum in Grand Junction, Tennessee.  The Bird Dog Foundation BOD invited Pete to be a member of the Board representing the GSP.  Over the years Pete has supported the BDF through cash donations and leather products he produced and donated to the Gift Shop and still does to this day some 25 years later.  He was there for the grand opening of the Museum in 1991.  Encouraged by this grand museum for bird dogs Pete came to the NGSPA Board with the idea of a GSP exhibit.  He and others proposed a Hall Of Fame for Shorthairs which was an attractive idea but had a rough time gaining backing until he finally took over leadership.  Finally when the idea of a Sporting Dog Wing was proposed, a funds drive evolved and the Shorthair community was able to contribute $150,000 towards the five hundred thousand needed to construct the wing.  Before the wing was started the BDF BOD approved a petition for a GSP Hall Of Fame.  Pete was selected to chair the HOF Committee and the first inductions took place in 2007.  He continued to chair this committee until stepping down after the 2015 inductions in February of 2016.