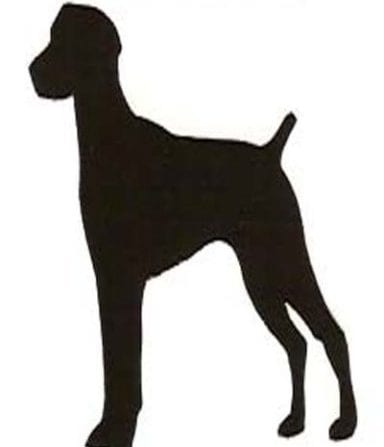 When I grew up in South Dakota, there was no need for a dog to get your limit of pheasant or grouse. That notion changed in 1975, while I was living and working in Illinois and hunting in Iowa. In 1978 I purchased my first German Shorthaired Dog, the beginning of an expensive but rewarding hobby of Bird Dogs.

It was in 1990 that my good friends, Jack and Don Starr, began persuading me to get into Field Trialing. It took two years of constant prodding, during the Quad City Shorthaired Club meetings, to convince me to participate. By October of 1992, while at the NGSPA Nationals, I contacted George Newcomb and purchased from him a pup that was bred by John Clegg of Commerce City, Colorado. That was the start of years of Field Trialing with Lucky, born and registered as Ruby’s Lil Clown, FDSB # 1437849.

Ruby was then sent to Wrenagade Kennels to be trained and to participate in broke dog stakes. At thirty months Ruby was an American Kennel Club Open and Amateur Field Trial Champion. At this stage wanting Ruby to compete in the American Field Trial Stakes, I connected with John Steger, who was willing to take Ruby on his string. During summer and winter training Ruby began to progress at a rapid pace.

In April of 1998 Frank Santana and I went to the Missouri Region 5 Championship, where Ruby’s Lil Clown won the Amateur Shooting Dog Stake with Frank scouting.

It was all disappointing news after the fall of 2000. Ruby was exposed to Spear Grass that traveled into the upper inside of her left leg. She was treated unsuccessfully in Des Moines by the Iowa State University Veterinary School and the second surgical attempt ended Ruby’s life and championship run.

Ruby’s linage was left to be carried on through the birth of five pups during her short life. These five pups had a total of 80 placements in AKC and NGSPA competition which included six hour shooting dog stakes wins, seven runner up wins in hour shooting dog stakes, a GSPCA Futurity winner in 1998 in a field of 72 dogs, a NGSPA Shooting Dog of the year in 2002, and a 2007 GSPCA Sire of the Year who had fourteen all-age wins.

Ruby’s successful but short career leaves me with wonderful memories of a great dog, able handlers, and the competitive spirit of field trials as well as those lasting friendships throughout the years. I am thankful for all.