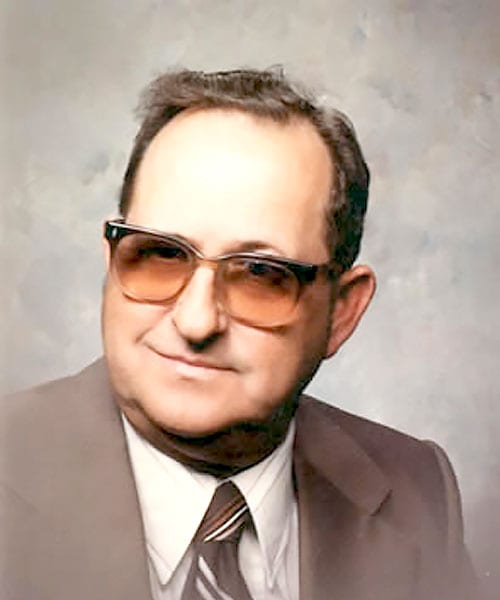 Ed Caudle was born on August 16, 1926, in Atkins, Arkansas, but his family moved first to Reeves, Missouri, in 1936, and then relocated to Brownwood, Missouri, in 1939, where his family farmed to survive the depression. He joined the United States Marine Corps in 1944 and not only fought in the Battle of Iwo Jima during World War II, but was also the heavy weight boxing champion of the Third Marine Division. After his discharge in February 1946, he returned to Missouri, married his wife Geneva Bland, and they subsequently moved to Detroit, Michigan, where he worked initially for Timpken Corporation.

Ed not only loved dogs but had enjoyed hunting both squirrels and quails growing up. In Detroit he became friends with Al and Levi Sumers, Shorthair enthusiasts, and also with Russell “Lefty” Dixon, a professional Shorthair handler. Ed’s first dog, Ladie II, was bred to Dixon’s Skiddoo and produced Caudle’s Leader who accumulated some 90 placements along with going runner-up in the 1957 National German Shorthaired Pointer Association, Inc. (NGSPA) National Championship. Ed started training professionally in 1954, handling several dogs of note for Al Dax of Chicago, Illinois, and Dr. Clark Lemley of Detroit, Michigan, both stalwarts of the German Shorthaired Pointer breed. He moved his kennel operation to Canton, Michigan, in 1965 and utilized Ord, Nebraska, as the base for his summer training trips. Ed campaigned dogs professionally until 1975 when he retired turning his string over to Tommy Schwertfeger.

Ed was one of the individuals who had a great impact on the NGSPA, an American Field affiliated organization. He not only competed in the NGSPA Championships as a professional handler but associated and worked with those individuals who help birth and then build the NGSPA into a national bird dog organization. He was a strong advocate of the one-hour Shorthair and devoted both time and effort working for this organization and serving as its president from 1970 to 1972 and again from 1975 to 1978. He served as a judge in numerous Shorthair field trials and was always known for his comment that “you call a hog a hog and a dog a dog.” The handlers who competed under him knew that his decisions would be honest, fair and that he was determined to place the best dog in the stake.