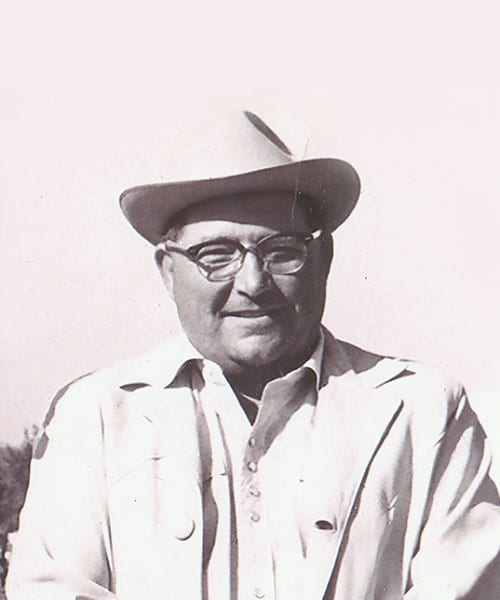 Ray C. Bauspies of McHenry, Illinois, was a respected German Shorthaired Pointer enthusiast in the 1950s, 1960s, and 1970s who devoted his time and energy in promoting field trials for Shorthairs. He was a down-to-earth sportsman that loved to hunt and fish, but his true love was field trialing his dogs. He bred a solid bird dog that an amateur could easily develop and handle.

Although Ray spoke in a soft voice, he could motivate people to act in a positive way to solve problems. He was highly respected by Bill Brown of the American Field, and they often would have lunch together and discuss challenging problems that faced field trials in general.

He was a respected breeder of German Shorthaired Pointers and his Hohen-Tann line of Shorthairs enjoyed great success. One litter that Ray bred produced three national field trial champions while numerous of the dogs of his breeding went on to successful field trial careers.

Ray was involved in all aspects of Shorthair field trials. He was an accomplished judge but, more importantly, he worked to support field trials for German Shorthairs. Even though many of the early field trials sanctioned by the American Kennel Club (AKC) for German Shorthairs did not provide a path toward a field trial championship title, Ray would send those professional trainers handling his dogs to these early sanctioned trials and pay all the expenses not only for his own dogs but for other dogs in the professional’s string. Ray did this to encourage and promote the success of these new clubs that were just in their infancy.

Ray was a past president of both the National German Shorthaired Pointer Club and the German All-Breed National. He took on these tasks when both were in financial ruin. In two years he turned failure into success for these organizations.

Ray was a part of the American Dream! He started working for Midwest Molding and Manufacturing, a still flourishing company, sweeping floors at night. He worked his way up in this organization to become the president and then the owner of this corporation.

All that knew Ray C. Bauspies respected him and his devotion to the German Shorthaired Pointer. He devoted a great deal of time, effort, and money to promote the sport of field trialing and the breed he loved so much.